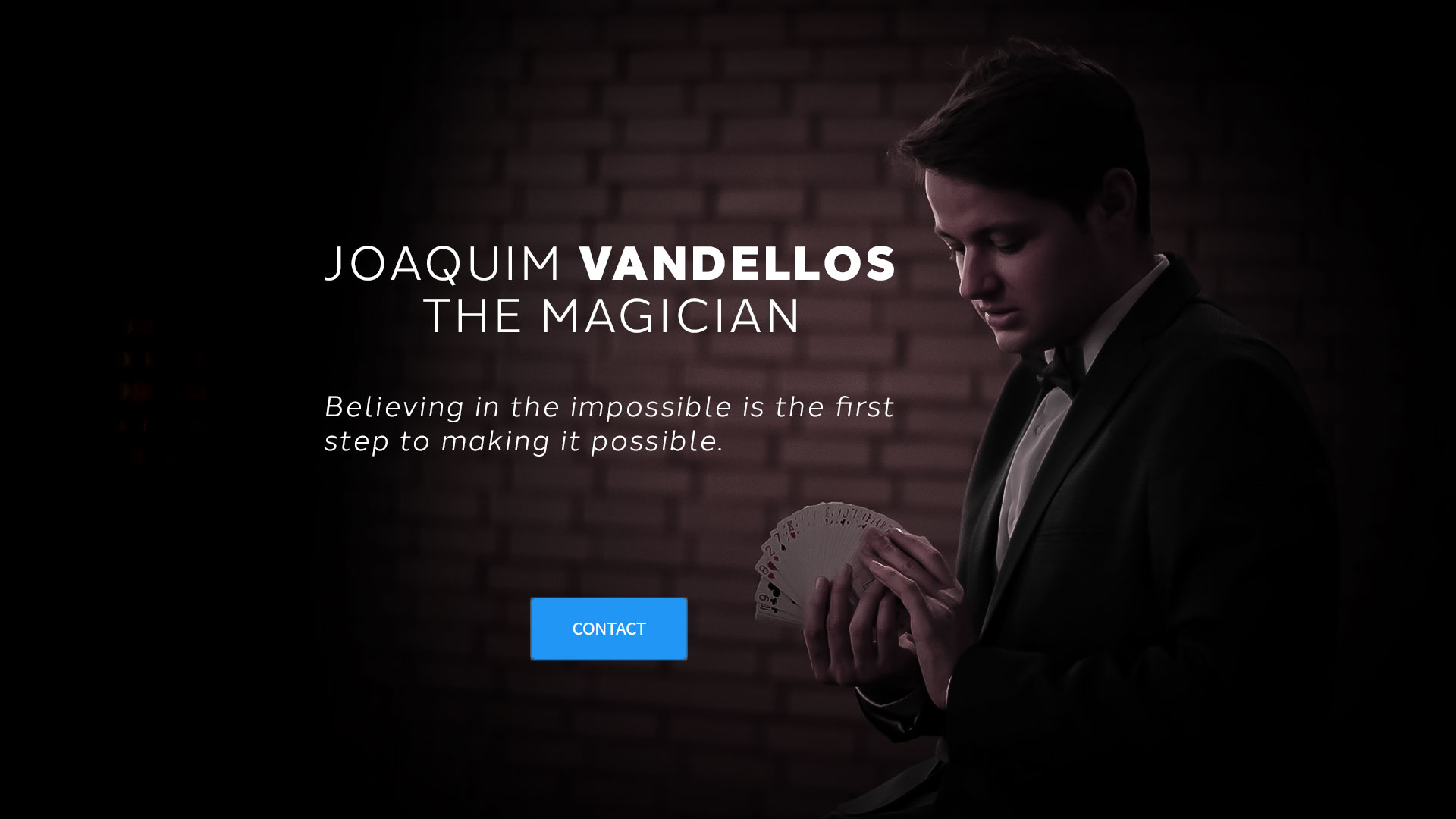 Joaquim started performing magic shows in his hometown of Tarragona, Spain, at the age of 14. What started as a hobby and an exercise to overcome his shyness turned into a professional career.

At the age of 15 he performed weekly at the restaurant La Cova de Tarragona, one of the most popular places in the city. There he performed magic table by table, close-up, where he did card games and mentalism for the customers. There he had the opportunity to have a more direct contact with the audience compared to a big theatre. This experience gave him a passion for restaurant magic, where skills such as improvisation and interaction with the customer are essential.

At that time he also did monthly performances at the Cafe Teatro in Reus. There he did parlour magic with apparition tricks, colour changes, mentalism, etc. It was parlour magic, but the atmosphere and the size of the place (50-60 people) made possible a very direct exchange of sensations with the people.

Since then Joaquim has performed hundreds of magic shows in restaurants, pubs, theatres, cafés, student residences, etc. His international profile has led him to live in different countries such as Spain, UK, Brazil, Belgium and Indonesia where he has always carried magic with him.

Undoubtedly his style is characterized by a very direct interaction with the spectator, where he becomes an essential part of the game and its result. Joaquim has a profile very focused on environments such as restaurants and pubs, with short distances, where people can take an indelible memory by touching the magic just a few centimetres away. 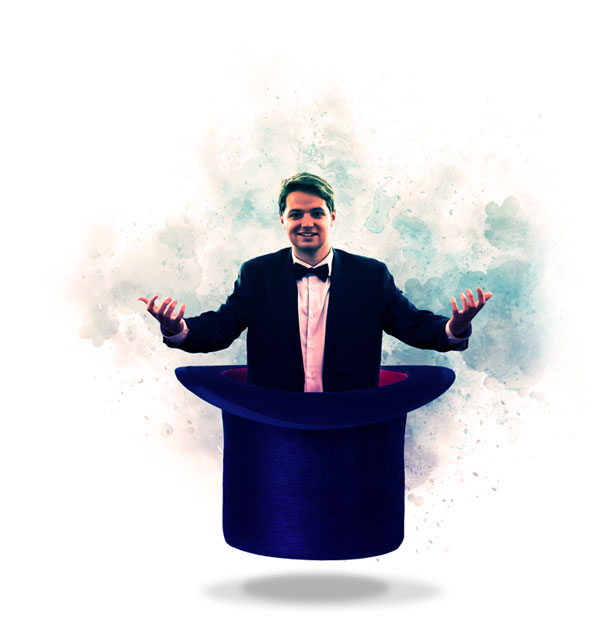 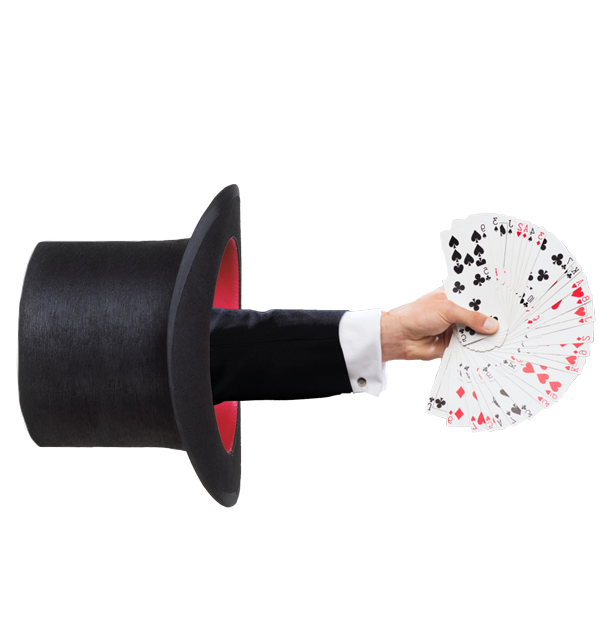 A powerful show for all audiences. Joaquim introduces us to his magical universe. Impossible predictions, teleportations, disappearances and interactive illusions where you are the main character. An incredible mixture of mental and visual games.

A parlour magic show to spend an unforgettable night, where mystery and surprise are constant throughout the show.

Joaquim's proposal is modern and fascinating with divinations, apparitions, disappearances and interactive magic in which the audience is the protagonist. All of this wrapped in a halo of mystery and a fluid interaction that makes us dream again and dream of the impossible. You can't miss it!

Close up magic is the sort that is performed close up, right in front of the spectator's eyes and in many cases in their own hands. It is a very impressive type of magic as incredible events take place just a few centimetres away from the spectators: signed cards that teleport to the pocket, teleportation of banknotes, coins and cards, etc.

The mix of restaurant/pub and close up magic creates a unique experience that strangely most restaurants do not yet have. In the restaurant industry there is a lot of competition and sometimes it is difficult to differentiate yourself. Customers today don't just value a good drink or a good meal, they are looking for an overall experience. This is why the ambience of the venue is important along with the magic that can make the customer experience a unique night in a totally unexpected way. We have all been to many restaurants, but how can we forget that night when a magician came to us?

Without a doubt having a magician can make your venue stand out from the competition and at the same time make customers talk more about your venue (word of mouth) and want to come back more often. 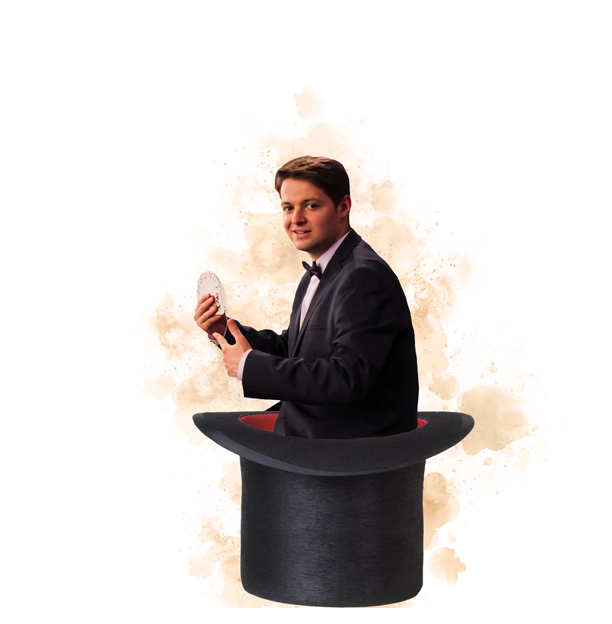